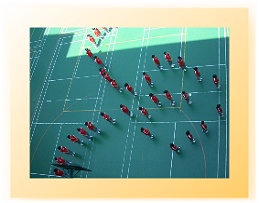 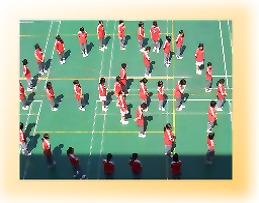 On the 4th of October, 2005, activities were designed by the Religious Affairs Committee of the Students' Association, to commemorate the school feast day and to promote the teachings of our patron saint, Saint Francis of Assisi.The first of the activities was the ACTION SONG. Each class was divided into two groups and each group was given the chance to perform in front of the students of other classes. The groups were instructed to prepare actions which would be done while they sang the assigned song. The song for the secondary classes was "Make Me A Channel of Your Peace," while the primary classes were assigned the song "Peace is Flowing Like A River." By performing their song for others, and watching what others had prepared, students were given the chance to spread peace.The second activity for the day was the BODY MOVEMENT competition. Students were led down to the playground where they were instructed to form a shape which symbolized peace while one representative explained its meaning.

After the activity, the students were led back to their classrooms for a "healthy snack" of fresh fruits in a cup of fresh fruit juice. In the evaluations that followed, students revealed that they had understood the meaning of spreading peace and had enjoyed the chance to enhance their inner awareness of the teachings of Saint Francis of Assisi.